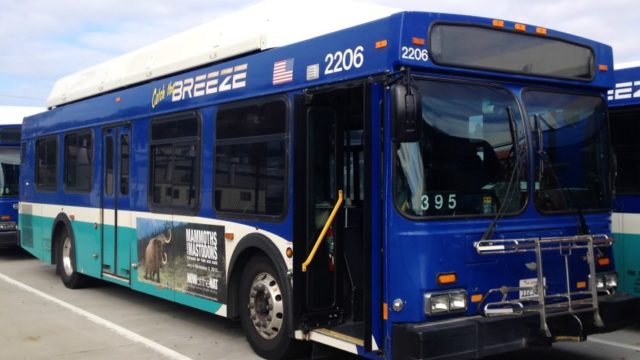 The program reduced $59 monthly Breeze and Sprinter passes by $25 per student, though in many cases there were additional subsidies from participating schools, including Cal State San Marcos, Mira Costa College, Palomar College and Vista Adult School.

Funds for the program were provided by the California Low Carbon Transit Operations Program, which seeks to lower carbon emissions around the state.

“Getting students out of cars and onto transit is not just a benefit to our congested roads here in North County, but also a contribution to having cleaner air in this beautiful region,” district Executive Director Matthew Tucker said.

The initiative boosted declining Breeze ridership, according to the district.

Currently, 80 percent of the 163-bus Breeze fleet is powered by compressed natural gas. The district’s goal is to significantly reduce emissions by transitioning to an all-electric fleet, Tucker said.