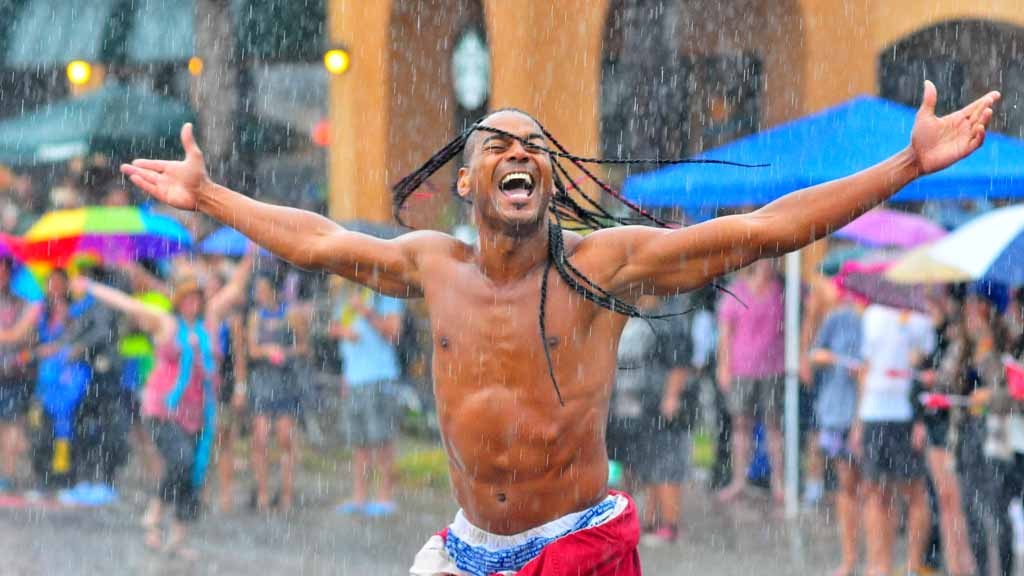 Not for marchers and watchers at Saturday’s Pride Parade in Hillcrest, where San Diego Councilman Todd Gloria tweeted: “You can’t have rainbows with out rain. #sdpride”

That seemed to be theme of the 41st annual event, celebrating LGBT culture and latest freedoms, thanks to the 5-4 Supreme Court verdict expanding same-sex marriage rights to all Americans and the Pentagon’s moves allowing transgender troops.

Soak up our photos, capturing the sodden moment and spirited marchers.

We didn't let it rain on our parade. Happy #sdpride! pic.twitter.com/NjFa5LtWyy