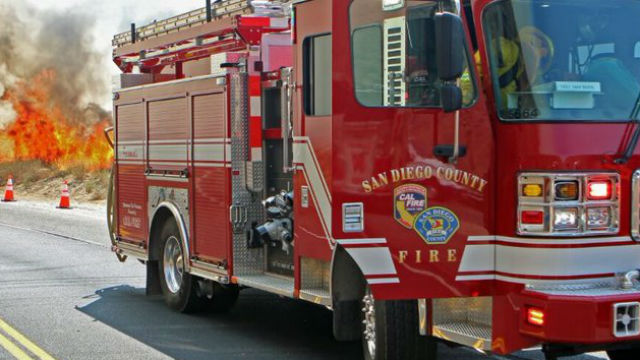 A family of three was displaced Thursday when a fire tore through an RV and spread to a small patch of vegetation in a rural area between Alpine and Jamul, authorities said.

Crews arrived at the scene around 7:20 a.m. and found that flames had fully engulfed the RV and spread to brush nearby, Shoots said.

Firefighters knocked down the flames by 7:35 a.m., after the blaze had burned a roughly 100-square-foot patch of vegetation, he said.

No injuries were reported.

The American Red Cross was called in to help the displaced residents — two adults and one child — arrange for temporary lodging.

The cause of the fire was under investigation.