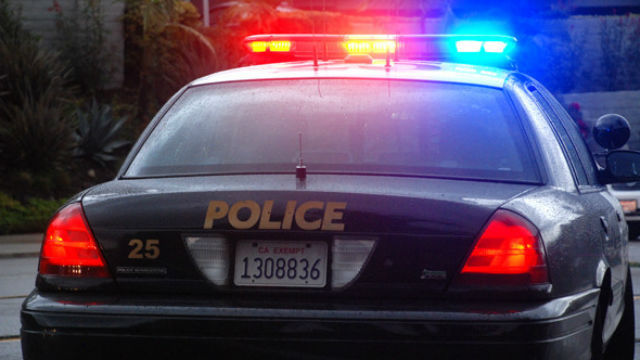 A San Diego police cruiser. Photo by Chris StoneA 31-year-old woman was arrested on suspicion of driving under the influence in connection with a head-on collision in Pacific Beach that sent four people to the hospital last month, police said Wednesday.

A black 2012 Hyundai sedan driven by a 31-year-old woman was heading east in the 1300 block of Garnet Avenue at about 2 p.m. on Sept. 9 when she veered left and crossed into oncoming traffic, colliding head-on with a white 2012 Toyota sedan driven by a 68-year-old man, according to San Diego police.

The Hyundai driver, later identified as 31-year-old Rachel Julian Ballesteros, was found to be at fault for the collision and was arrested on Sept. 21 at her Chula Vista residence, Sgt. Tim Underwood said.

Ballesteros was booked into the Las Colinas Detention Center on suspicion of felony DUI, Underwood said.

The Chula Vista resident suffered a collapsed lung and her passenger suffered a head injury along with abrasions and lacerations, Sgt. Michael Tansey said.