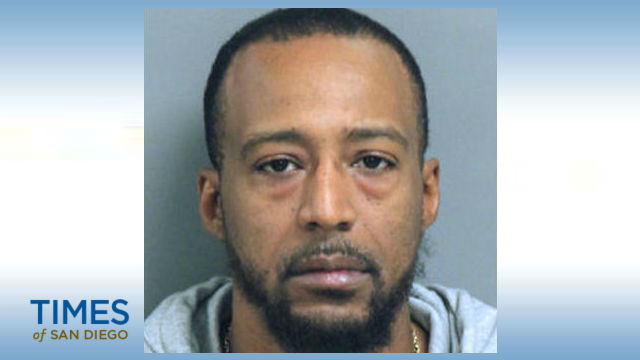 A man accused of killing his 2-year-old stepson in San Diego 14 years ago either intentionally injured the toddler or the child suffered an accidental injury and the defendant neglected to get the boy medical aid, a detective wrote in an arrest warrant declaration unsealed Thursday.

Tieray Dwayne Jones, 37, was arrested in North Carolina last month and charged with murdering Jahi Turner, whose body has never been found.

Jones called 911 to report the child missing from a Golden Hill park on 28th Street the afternoon of April 25, 2002.

The defendant said he left Jahi at the playground at the park to get the child a drink at a nearby vending machine and when he came back, the toddler was gone. Jones said he wandered about the neighborhood looking for his stepson for about 15-20 minutes before calling police.

She said those factors, when considered with the “obviously fabricated” disappearance story, support the inference that Jones either inflicted an intentional injury on Jahi in response to urination problems or the child suffered an accidental injury and Jones refused to get him to a doctor, resulting in his death.

Police said Jahi Turner’s mother, Tameka Turner, left the child with Jones beginning on April 22, 2002, when she was out to sea with the U.S. Navy. Turner last spoke to her son on the phone on April 23, 2002.

The following day, a neighbor at the couple’s Golden Hill apartment saw Jones carrying three large black trash bags toward the apartment laundry room/trash area, according to the declaration.

That same afternoon, another neighbor saw Jones carrying a white trash bag to a dumpster in front of the complex, the declaration states. Jahi was not seen by anyone that day.

When Jones reported his stepson missing the next afternoon, he was initially panicked and spoke rapidly while displaying a white pasty tongue and a white foamy substance in the corners of his mouth, according to the declaration.

A blood sample drawn from Jones tested positive for marijuana, consistent with recent use, police said.

According to the declaration, Jones said he walked with Jahi to the park — located about a mile away — despite the fact that the walk would have been difficult, if not impossible, for the toddler. There was no reason to go to that park because there was a park right across the street from the apartment complex, police said.

Police said Jones appeared more concerned about losing a bank card and a photograph of Jahi that he was about his missing stepson, according to the declaration.

Not one witness saw Jones or Jahi at the 28th Street Park that day, according to the declaration.

Police said Jones was on the phone most of April 25, 2002, particularly during times that he was allegedly with his stepson.

According to the declaration in support of the arrest warrant, police noted significant inconsistencies between the various statements given by Jones to law enforcement about the events of that day.

In a journal that Tameka Turner and Jones wrote in while she was away, Jones wrote on April 23, 2002, that Jahi “hasn’t been moving or really talking.”

On March 17, 2015, Jones alluded to what happened to Jahi as an “accident” in a recorded phone call to the child’s mother.

Jones stumbled and stuttered when she pressed him about what he meant, according to the declaration.

According to the declaration, Jahi’s blood was found on a onesie in a laundry basket. An Elmo blanket, which was recovered from a bed, also had the child’s blood on it, the detective wrote.

In 2016, Turner positively identified a pair of Winnie the Pooh overalls and other clothing in and near the dumpster as belonging to her son. The items were mixed in with items of her own, and Turner told police she had not discussed throwing away any of her or Jahi’s clothes with Jones.

According to the declaration, Jones was convicted in Maryland of trespassing, possession of a controlled substance, and assault in 2006, which resulted in a 10-year prison sentence.

Jones is due back in court May 17. He faces 25 years to life if convicted.