Three city of San Diego programs were nominated Wednesday for Golden Watchdog Awards, which are handed out annually by the San Diego County Taxpayers Association. 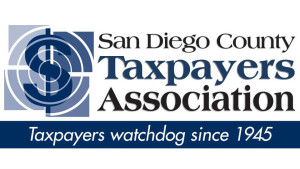 Nominees for the Media Watchdog Award are Ashly McGlone of the Voice of San Diego for “Several Years and $1 Billion Later, San Diego Schools Are Actually in Worse Shape,” a story on the impact of a pair of voter-approved construction bonds on facilities in the San Diego Unified School District; and Lauryn Schroeder of The San Diego Union-Tribune for “How One Firefighter Made $210K in OT,” which details city of San Diego overtime expenses.

Special nominations for investigations into public officials’ accountability went to Mario Koran of the Voice of San Diego for a series of articles on Marne Foster, who resigned as a San Diego Unified School District trustee after pleading guilty to a misdemeanor charge of violating the Political Reform Act by accepting an excessive donation from a single donor; and Wendy Fry of NBC 7 San Diego and Joshua Stewart of the Union-Tribune for stories about county Supervisor Dave Roberts landing in hot water after a series of staff resignations.

Nominees for the metro Golden Watchdog are the city’s Public Utilities Department for a sanitary sewer overflow reduction program, the Fire-Rescue Department for its Fast Response Squad and the Stormwater Division for a Watershed Asset Management Plan, according to the SDCTA.

The organization will issue its Golden Watchdog Awards and their polar opposites — the Golden Fleece Awards — at a dinner June 16.

Two county of San Diego programs were nominated for the regional Golden Watchdog — the Sheriff’s Department for recruiting women and veterans, and adoption of the Justice Electronic Library System, which is saving staff time and resources.

Other regional nominees are the San Diego County Regional Airport Authority for its new rental car center on the north side of Lindbergh Field, and the North San Diego Water Reuse Coalition for a regional recycled water program.

Metro Golden Fleece nominees are the city of Encinitas for density bonus lawsuits, and the city of El Cajon for problems with sewer billing.